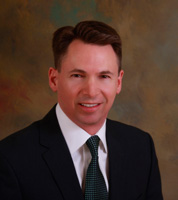 Michael L. Zevitz is a Shareholder and Managing Attorney for SouthLaw, P.C. in the firm's corporate office located in Overland Park, Kansas. He has concentrated his practice of law in the areas of real estate finance and mortgage foreclosure since 1993. Mike was recognized as a "Best Lawyer in Kansas City" for Mortgage Banking Foreclosure Law in Ingram's magazine in 2010-2012. SouthLaw, P.C. is a member of the Legal League 100, a nationwide consortium comprised of 100 default servicing and financial services law firms providing a results-driven, go-to resource for the industry's decision makers. Mike recently spoke with DS News about communication between servicers and attorneys as well as the role technology plays in addressing the issue.

Foreclosure completions are way down, but still averaging more than double what they were monthly in the pre-crisis years. What is the biggest challenge in dealing with judicial foreclosures in 2015?

The emphasis is still on the consumer and home retention, and that leads into loss mitigation. The courts are not set up to have an extended loss mitigation element layered on top of their administrative process, so there's a bit of a push and a pull. The courts want efficient, swift justice, yet the servicers and the homeowners want to extend that out as long as possible to avoid the complete sale. There's always been that yin and yang between the two. As long as we have the Consumer Financial Protection Bureau and the dual tracking prohibitions, there's always going to be a time lag in the judicial foreclosure area. You can see that if you read the reports that come out – judicial foreclosures are still lagging. There's still at tremendous tail, or shadow, that's still out there. That's what continues to clog up the court system – the loss mitigation component.

Does something have to give when the courts want swift justice but the homeowner is trying to avoid a foreclosure sale? If so, what is it?

The courts have to be cognizant of the fact that it's not just the attorney managing that particular file. It's the servicer and the investor behind the scenes that are mandating the loss mitigation opportunity. Part of the problem lies in the fact that the attorneys that are on the ground are not getting the direct line of communication with the loss mitigation department. They are typically working with the default or foreclosure element of the servicing institution. Sometimes it's hard to get transparency down to the ground (down to the legal counsel's level) so that we have real- time, accurate information. The challenge is the lack of transparency that gets down to the attorneys that are actually going to the court, standing before the black robe, and making assertions about the status of the loan.

With technology improving, we now have the ability to get real-time data back to the attorneys. The key is for attorneys like myself to be able to know, for instance, if a document came in yesterday that the borrower signed. That way, if I go to court today, I can represent to the judge that this is what happened yesterday, and here is the proof.

If the default side of the servicer wants the attorney to manage their file, then they have to be able to open the window, so to speak, to the attorney to let them know exactly what is happening on the loss mitigation side.

Do you see this problem getting better or worse, or staying the same a year from now?

Technology is the key. We thought we had it great 10 years ago when we started putting data up on web portals. But a lot has changed since then. There's a lot more interface going on between trading partners or vendors, if you will, where there's more of an opportunity for a data hub to actually share information among the attorneys, the servicers, the servicer's vendors, and the attorney's vendors. I think that's where we're going to evolve – a more unified communication system.

Are you facing any other challenges as far as judicial foreclosures that you have not seen widely reported?

I think the buzzword facing default firms is "change." The servicers and regulators continue to press for and mandate change. We're being forced to make that change by these larger institutions. I'm not so sure the court system is open to such quick change. When the attorneys receive change directives from our clients, the two buzzwords are "effective immediately." Everything is effective immediately, and sometimes it's hard to change software systems and technology infrastructure immediately. It takes planning, design, and testing, and I'm not sure the courts have the ability to change on a dime like the servicers and lenders are requiring. Courts across the country are starting to embrace technology with the onset of  e-filing. They're starting to change and you're starting to see e-filing crop up, but it's not pervasive. There's still a lot of paper and a lot of fax machines still rolling out there, unfortunately.

How critical is it that the courts change along with attorneys, lenders, and servicers?

I think they're going to get there, it's just going to take time. One of the biggest problems that the court systems have is that they are state and county regulated, so they're dependent on budgets and tax dollars to make that change. They don't have the financial freedoms that some of the other parties have to make these changes to their infrastructure, so they're always going to lag behind. The courts are the last one in the line in the judicial system. They're pretty much always trailing on the budgetary dollars.

Do you find that frustrating to deal with?

It's frustrating. Either they don't understand or they don’t have an appreciation for what's happening in the mortgage banking industry. They can only do their job to the extent that the budgetary dollars allow them to do it.

Southlaw, P.C., is committed to providing a website that is accessible to the widest possible audience, regardless of technology or ability. We aim to comply with all applicable standards, including WCAG accessibility standards. If you experience any difficulty in accessing any part of this website, please feel free to call us at 913-663-7600 or email us at clientinfo@southlaw.com. We will work with you to provide the information, item, or transaction you seek through an alternate communication method or one that is accessible for you consistent with applicable law (for example, through telephone support).